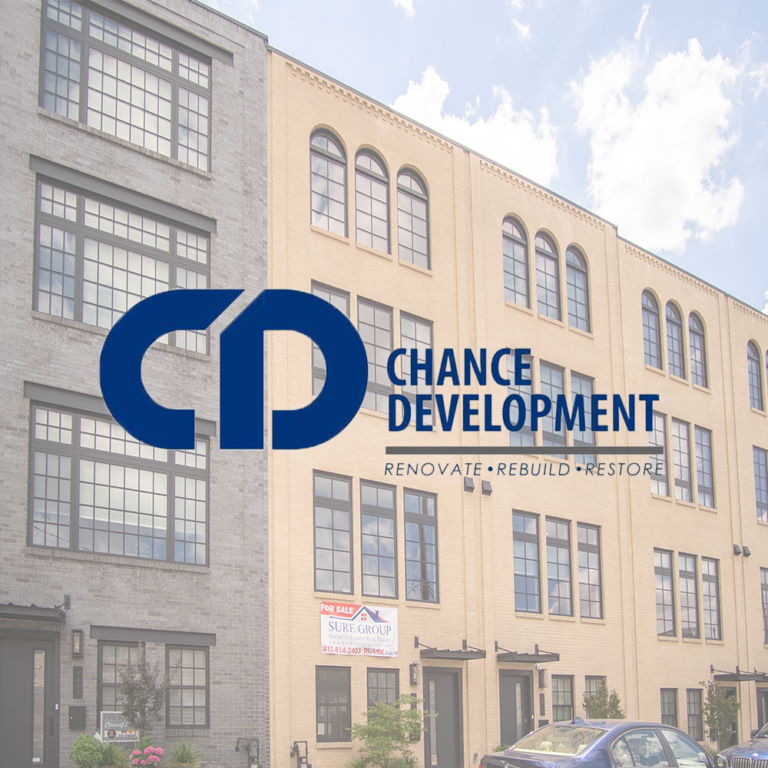 Creating relationships with builders is a cornerstone of our company at National Lumber. We are always excited to establish connections across the Baltimore and DC areas with clients completing fantastic projects. For this article, we chatted with Brian Chance, founder and president of Chance Development, and a builder we’ve worked extensively with.

Founded in 2012, Chance Development is a construction and remodeling company based in Baltimore. For the past ten years, they’ve worked across the city rehabbing outdated or vacant properties into luxury housing, as well as constructing new builds. While they’ve completed projects in a variety of neighborhoods, their construction is primarily focused on the Canton, Highlandtown, Patterson Park, and Fells Point neighborhoods. Currently, the team completes 10-12 homes on average each year.

About the Founder, Brian Chance

Before founding Chance Development, Brian Chance served on active duty in the US Army for 12 years. After serving his country, Brian was honorably discharged in 2004 and returned to his home city of Baltimore. From a young age, he had a fondness for the construction process. His father worked in the construction industry and would take him to visit job sites in the summer. This interest in construction drove his decision to purchase a house at 2936 Baltimore Street. Brian and his wife lived in the house while fixing it up to eventually flip. After successfully selling the house, Brian founded Chance Development in 2012.

Chance Development’s work over the past decade has involved rehabbing properties across the city, as well as new-build homes. Recently, they completed and sold 12 luxury, newly-built townhouses at Brewers Green in Canton. The townhouses include two-car garages, consist of four stories, and feature rooftop decks. For this project, National Lumber provided trim, exterior and interior doors, as well as windows. Currently, Brian is also working on building his personal home on Binney Street in Canton, which National Lumber has also supplied with trim, doors, and windows.

Brian told us that he likes to compare different top brands in each category, but that there is one brand that has come to be his go-to. For windows, Chance Development prefers Marvin. An industry leader in beautiful luxury windows, Brian said they’re his choice due to top-tier product quality. Recently, he flew out to Marvin’s factory in Minnesota and was able to see first-hand the dedication that goes into crafting Marvin windows and doors. The National Lumber team can attest to this fact, as our window experts have been trained alongside the Marvin team to understand the intricacies of each unique product.

The National Lumber team helps supply many projects that Chance Development undertakes. Some materials we provide to them include trim, doors, windows, and more. On working with the National Lumber team, Brian Chance highlighted the dedication from our sales staff to ensure product accuracy and updates on order statuses. He appreciates that staff members like Mario and Kenneth are quick to help schedule appointments for measurements, and keep him updated on the status of his products. He also noted the helpfulness of having an account with National Lumber, which is useful to manage the financial aspects of large projects such as those undertaken by Chance Development.

Chance Development has done over 150 renovations in the ten years since opening its doors, along with 20 new builds. The goal of the company is to invest time, passion, and effort into revitalizing neighborhoods. As Brian noted, he’s from Baltimore, his family lives in Baltimore, his kids go to school here. He is interested in building up Baltimore and bringing out even more of its potential.

We want to thank Brian Chance of Chance Development for taking the time to speak with us. If you would like to get started building your next project, don’t hesitate to reach out to the team at National Lumber today.

PrevPreviousWhat Are Best Types of Windows for Your Home?
NextThe Advantages of Fiberon Composite DeckingNext 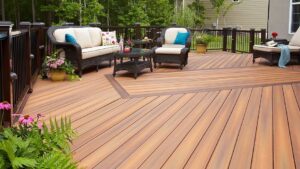 National Lumber is excited to announce that we will be running a sale on our Fiberon Good Life Decking Material, now through 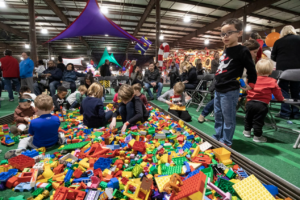 National Lumber had the pleasure of taking part in the 33rd annual Festival of Trees, hosted by the Kennedy Krieger Institute at 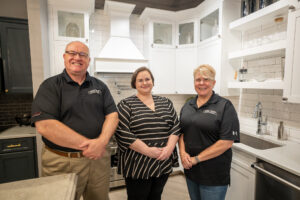 Get An Inside Look at National Lumber on Social Media

National Lumber is proud to have a growing presence across different social media platforms. We’re honored to be able to share our